A Voice for You

Aaron is an independent journalist, and advocate for taxpayers and common sense.

With over 50 million video views and tens of thousands of followers, he is one of British Columbia’s, and Canada’s, largest and most listened to political voices.

Aaron is Producer/Director of the hit online series, Politics Explained.

His videos have targeted, among others, the Insurance Corporation of British Columbia (ICBC) for dramatically raising rates on BC drivers; Victoria Mayor Lisa Helps for tearing down the statue of Sir John A. Macdonald; Canada’s Justice System for its treatment of child murderers; and Prime Minister Justin Trudeau for his massive deficits, destructive energy policy and obsession with political correctness.

Throughout, Aaron has demonstrated his commitment to lower taxes, less waste and a stronger Canada. His content, which he writes and produces himself, is funded by the generous contributions of ordinary, taxpaying Canadians. His videos, which are filmed across the country, have together been shared hundreds of thousands of times.

Prior to his work as Spokesperson for BC Proud (2017-19), Aaron worked for the Canadian Taxpayers Federation (CTF) where he founded and became Executive Director of the Generation Screwed initiative, fighting back against government debt and its impact on future generations.

By the end of his tenure at the CTF, Generation Screwed had achieved a considerable online following and established a physical presence at over 30 university campuses across Canada.

Aaron has a Bachelor’s Degree of Commerce from the University of Victoria. He served three years in the Canadian Army Reserves and operated his own company, which he founded at age 15, for over ten years. Victoria, BC is home.

For media requests or to inquire about public speaking, contact Aaron here. 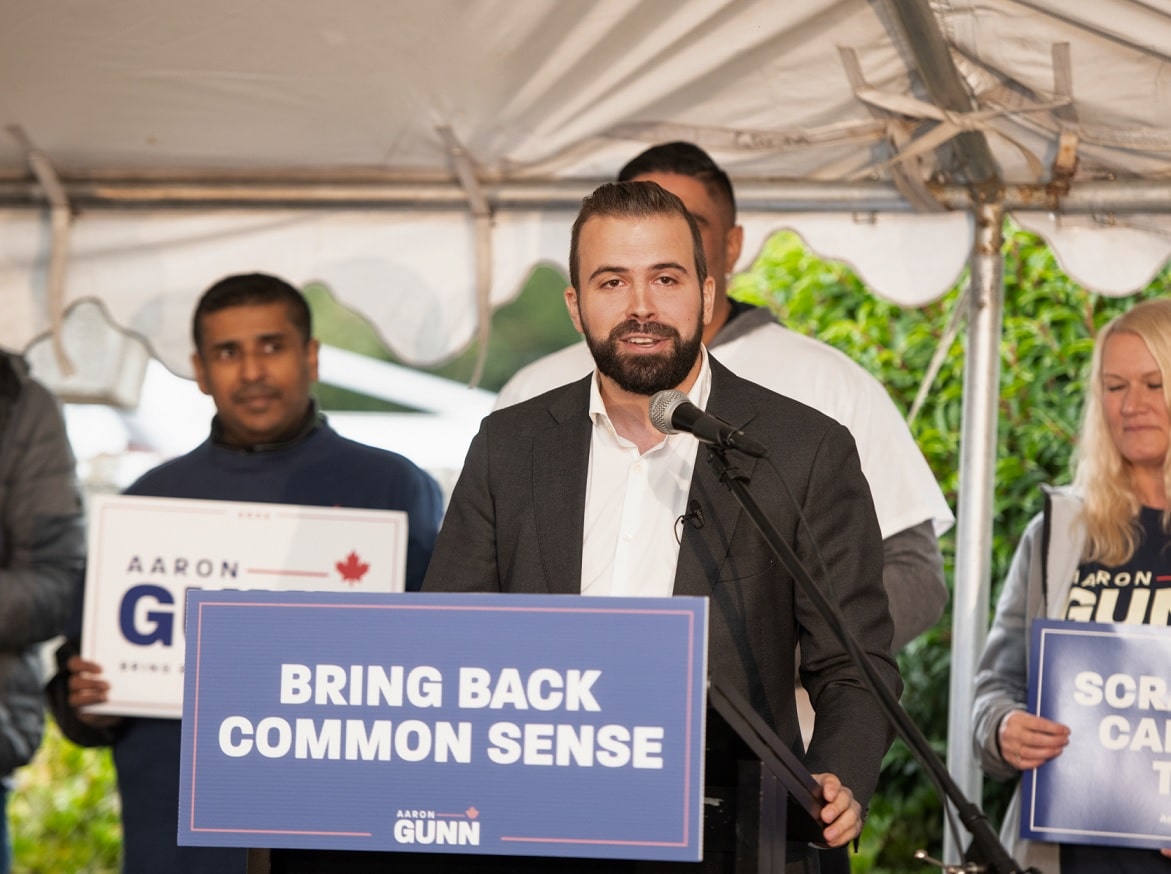